On December 7, 1989, I learn that a man has just killed fourteen women. The man, they say, separated the men and women into two groups. The man called the women feminists; he voiced his hatred toward them. The man fired. The women dropped. The other men ran away. Suddenly,
I/they are dead
felled by a
break in meaning
(Nicole Brossard, “6 December 1989 among the centuries”)

What does it mean to have a day of action and of remembrance? How are memories actions, and how does re-membering constitute a struggle to put meaning back together? Where does violence happen? These are questions that we asked ourselves and each other when we first began to envision a special issue of Hook & Eye that aimed to address both the on going culture of gendered violence against women and to remember the missing, the murdered, the hurt while trying to imagine our way into a more equitable future. In our call for submissions we stated that in Canada we live in a country in which violence against women is systematic, institutionalized, and pernicious: it happens on campuses, it happens in communities, it happens in this country every day.

We asked for submissions that would consider the double action of remembering and acting in the service of the future. We received submissions that address the visceral experience of fear and the pernicious ways that fear gets internalized and naturalized. We received submissions that address questions of empathy and witnessing, especially the limits of witnessing. In a culture of ordinary and extraordinary violence – where “ordinary” simply means naturalized – what are the ethics and responsibilities of a witness? Of a reader? As we began to form this special issue we recognized once again that the answer to the question “where does violence happen?” is everywhere. On this National Day of Action to end violence against women we remember, we witness, and we come together to act. Today, and everyday.

I sit at the front of the insular auditorium while my students write their final exam. He seems to be looking right at me every time I scan the room. He seems to be looking at me unabashedly. He seems to be looking at me with hostility and open challenge. This student has come to class three or four times over the course of the semester, always leaving at the break. He hasn’t handed in any of the assignments. I wonder idly why he has bothered to show up for the final. Then I wonder more pointedly whether there is some ulterior reason for him showing up for the final. Should I stare back at him? Should I pretend I don’t notice? Am I imagining this? Would I be less aware of the situation if we weren’t at the Université de Montréal in a class on literature and feminism?

Just in case, I glance over at the phone on the wall to my left. Just in case. If he springs up armed, I will spring up toward the phone and hope to reach someone in time. I think (am I extraordinarly morbid or do all parents think this?) of my two small children and how devastating it would be for them if I suddenly ceased to exist.

He is the first one to hand in his exam, the first to leave the room. So my worries were for naught. Worry even seems too strong of a word. It was a low-grade fearful musing, a dark meandering train of thought. That night, I tell my partner about it. He is disconcerted and shudders at the idea. And I don’t think about it again until months later when I’m reading the section on the Montreal massacre in Judy Rebick’s Ten Thousand Roses, a history of the women’s movement in Canada. And suddenly I’m writing this text here, the one you’re reading, in what feels like one long exhale.

This isn’t about my surly student. I have nothing against him. This is about the conditions under which – the world in which – it was possible for me to spend a good chunk of my exam supervision time wondering whether violence might erupt.

Sparse bouquets dot chainlink – an abacus
of lives. We are witnessing
a method of memory
in the human office. The crowd files
past the marginal presence of photocopied
pictures in plastic sleeves, some damp
teddy bears. We calculate how old
she would be, how many years since —
and momentarily consider human resources, the figure
of that girl, some wife, a neighbour we never knew.
We pay the minimum of attention, check
the accounting of debt and society
but too many images are degrading
on the fence: they occupy our minds, replace
the women we walk among. We avoid touching
trouble, prefer to promote the ritual, leave
the work to the workers. It’s dangerous
to recall the circumstances of being
what we are; we want things, want to count
ourselves out of this evidentiary job.

I turn in the stairwell to stop in at a women’s washroom before class. On the door, the blank, emotionless expression of a sexual predator’s police sketch accosts me. Deciding it can wait, I turn away and climb another flight of stairs. There, again, I’m faced with another door, and another bulletin: “DON’T WALK ALONE AT NIGHT.” It screams at me for attention, but I turn to the next flight of stairs before I can be told again of yet another sexual assault on campus. I have already seen this intimidating sketch in an email, already been given the advice over and over again, and I am tired of these warnings and commands being imposed on me at every turn.

After the university frosh week rape chants and the recent sexual assaults, however, campus has been flooded with these messages. And not just bulletins, large signboards, flyers, security emails, and personal emails and calls from concerned family members assault us with commands: PROTECT yourself. WATCH OUT for each other. BE AWARE of your surroundings. TRUST your instincts. KNOW your location to call for help. DON’T walk in areas with low visibility. DON’T walk alone at night. DON’T walk at night. DON’T walk… DON’T…

The official university warnings, at least, don’t explicitly specify women as their targeted audience. But in placing the predator’s sketch only on the door to the women’s washroom and not on the men’s, the implicit message of all these warnings is clear: the burden is largely on women to prevent themselves from “becoming victims.”

Initially, I was glad, even reassured, that the university displayed such outrage and concern over the sexual assaults occurring on campus, but now I grow increasingly angry at every new piece of advice on personal security I see. The volume of advice and propaganda, by targeting women, places larger targets on women walking alone at night: they become more visible and out of place, easier to identify. With every new command not to walk alone at night, the target grows. And what girl or woman hasn’t been given similar warnings before? When possible, I do try to PROTECT myself, to WATCH OUT, to BEWARE, to TRUST no stranger. I KNOW all the advice. But I’m tired of walking in fear, so now I DON’T.

I no longer walk in fear, because fear doesn’t help. Fear only instills a further sense of victimization. Fear only creates different kinds of victims, victims of fear. This fear keeps women feeling vulnerable and dependent and perpetuates the idea of femininity as weak and fragile, which is a limiting and detrimental stereotype. When a woman has been told countless times to fear the rapist lurking in the bushes and begins to believe it, every face approaching in the dark resembles the sketch on the bathroom door. So she concedes to her fear and stays at home, or she brings a male companion, but statistically, home and the people she knows present more of a danger than the rapist lurking in the bushes. But a woman can’t constantly live in fear. And perceived fear created by the well-intentioned commands and police sketches of the rapist lurking in the bushes, rather than the reality of the danger, should not limit the amount and quality of her mobility.

I’m not advocating that women should completely disregard the advice to be careful. But take it as advice and not a command. We all have the right to walk in public places at any time of day, with whomever we want or no one. And someday, I hope, for every security warning, there will be a message advocating consent. And for every nameless face staring threateningly back from the doors of female washrooms, there will be assurances that women do have a right to mobility, the freedom to walk alone, and that the authorities and administration are working to make that right safe and free from fear for everyone.

For Ann (A Student Who Cannot Be Named)
Tanis MacDonald
Because Layton wrote “To the Girls of My Graduating Class” and named Golda, Fruma, Dinnie, Elinor, plus the delicate trouble in their veins.
Because Roethke wrote “Elegy for Jane (My Student, Thrown by a Horse)” as his skittery pigeon, bewildered bird.
Because Poe said no subject was more poetic than a beautiful dead woman.
Because Yeats’ “Leda and The Swan” is a rape poem.
a sudden blow
Because she missed class last Friday while admitted to hospital
Because
the staggering girl
sat in the front row
put on knowledge
the indifferent beak
great wings beating still

Andrea Beverley is the FQRSC Postdoctoral Fellow at the Centre for Canadian Studies at Mount Allison University in Sackville, New Brunswick. She has a PhD in English from the Université de Montréal. She teaches and researches Canadian and postcolonial literatures, always in relation to feminist theory. She has recently published articles in University of Toronto Quarterly and Journal of Canadian Studies.

Elee Kraljii Gardiner directs Thursdays Writing Collective and is coeditor with John Asfour of V6A: Writing from Vancouver’s Downtown Eastside (Arsenal Pulp Press, 2012), which was shortlisted for the 2012 City of Vancouver Book Award. She is also the editor of six books from the Collective, most recently The Stanza Project (Otter Press, 2013), an investigation of the intersection of architectural and poetic space. Elee’s poetry earned CV2’s 2011 Lina Chartrand Poetry Award and is published in journals and anthologies. www.thursdayswritingcollective.ca 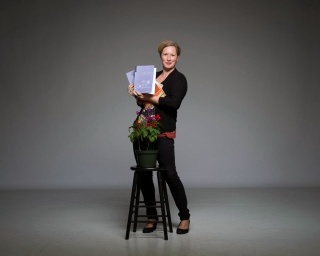 Tanis MacDonald is the author of The Daughter’s Way (Finalist, Gabrielle Roy Prize for Canadian literary criticism) and three books of poetry: Rue the Day (2008); Fortune (2003); and  Holding Ground (2000). She is well-known as a reviewer and personal essayist, and is Associate Professor in the Department of English and Film Studies at Wilfrid Laurier University. Her poem included here was first published in Contemporary Verse 2 32.1 (2009). 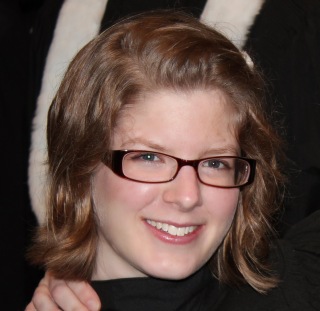 Erin Wunker is an Assistant Professor (limited term) in the Department of English at Mount Allison University in Sackville, New Brunswick. She teaches Canadian literatures and cultural production, Canadian poetry and poetics, and is at work on a manuscript about the poetics of collapse. She is a member of the Executive Board of Canadian Women in the Literary Arts (www.cwila.com) and is currently chairing the Critic in Residence jury for 2014. She is a co-founder and weekly contributor to Hook & Eye, and with Dr. Bart Vautour she is the co-founder and co-curator of Why Does It Matter? (www.whydoesitmatter.ca)