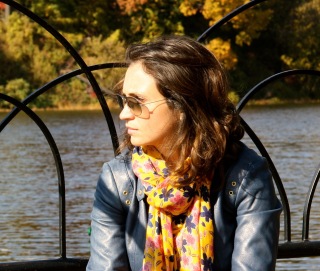 Maisaa Youssef has a PhD from the Department of English and Film Studies at the University of Alberta. She works in international development and her research is in the areas of biopolitics and social justice.

Last week’s Hook and Eye post by Margeaux Feldman, “There’s no crying in academia,” is vital reading about largely unacknowledged emotional labour in the academy. In twelve years of academic instruction, I have never spent a term without having someone cry in my office for some very justifiable reasons. There’s plenty of pain out there: depression, divorce, violence, crippling anxiety. But this term, I’m the crier in my office. There’s no saying no to it and no separating the personal from the professional. And while the grief is terrible – how could it be anything but? – the reception of it in my department and my classes has been surprising.

My mother passed away in September from injuries sustained after a fall; she died on the first day of the fall teaching term. I have all kind of feminist criticisms about our health care system, and I’ll be writing about those soon. But first, grief. For the record, any time of the year that your mother dies is a terrible time of year but it’s the timing that my sympathetic colleagues have most remarked on. And if it hadn’t happened to me, I too would immediately wonder how to handle such an upheaval in schedule. Since it has happened to me, here’s the answer: I haven’t handled it. It’s the steamroller that has run over me, cartoon-like, and I can only work with the physical demands that are left.

It’s emotional labour, no question, but to tell the truth, it’s taking a toll on my body. Fatigue activates my sciatica, which is now a long taut string of poker-hot muscle that hobbles me. Being in public is a challenge; the performance of normality is the hardest work of all. I swing between being too voluble about the horrible to saying nothing at all. I am indebted to my colleagues who have offered me everything from tea to Kleenex to non-judgemental ears to teaching classes if I feel I can’t. The fact that I appear to have replaced my memory with a sieve has fazed no one. My Chair advised me well to cancel a class or two when I was too stunned to make a good decision, and – maybe more importantly – he was also mindful enough not to insist that I was too stunned to make a good decision. And when he asked me what I wanted to tell the students when I cancelled classes, I knew what I had to say.

I chose to tell my students that I was cancelling class because I had a death in the family. When I was a student, I found the lack of information given to me about a professor’s sudden absence not practically useful and a bit insulting as it assumed that I was a doofus who couldn’t be trusted with basic human information. I remember saying to the department admin, “I don’t need salacious details. I just want to know if she’s okay.” This appeal got me the hairy eyeball. Now that I was the prof, I knew that my students would eventually look me in the face and my face would tell all. I needed to prepare them.

To be clear, I’m not a pool of tears trickling from room to room, discomfiting students. I speak in full sentences, grade papers, discuss texts; I write and sit on committees. But I know that I look odd, strangely strung out: broken blood vessels in my eyes, no makeup, everything a little off-kilter. Because that’s grief. One thing that happens when death occurs is that the boundaries between private and public are wiped out for a while. You have to conduct private business in ways that are horribly public. Many things about the breaching of those boundaries has been and continues to be shocking, but my students have been great. Many immediately sent me condolences via email, or told me when they saw me that they were sorry for my loss. I could even see a few of them — those I’ve taught several times — keeping a close eye on me in my first few classes back.

In turn, I have protected them from the awful knowledge that one’s mother can die by just keeping my statement about “a death in the family.” Because it’s not right to frighten them, but it is right to let them step up and be adults, to make the leap to the understanding that their professors have lives, and loves, and tragedies. It’s right to show them their red-eyed professor who is not absent and not made of stone. It’s right to show them that grief forges its own pedagogical model.