Can you describe the Facebook friend request icon? Try to call it to mind without immediately reaching for your phone. Can you do it?

I couldn’t. So, earlier this week when the new “feminist revision” of the Facebook icon was making the rounds on social media I had to look to see what the heck was being referenced before I could even join the conversation about what these new feminist revisions were all about.
Here’s what the original icon looked like: 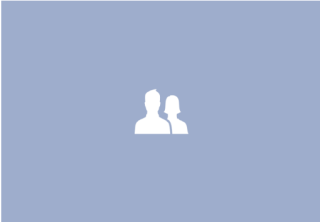 Does anything strike you about this image?
Facebook employee Caitlin Winner noticed that there was a subtle gendered bias in this ubiquitous image: the female icon is smaller and in the shadow of the male icon. “She couldn’t lean in,” wrote Winner in her play-by-play account of how she updated the image. Rather than leave the gender bias in place Winner worked to carefully shift the icon to more equitably represent heteronormative gender representation: 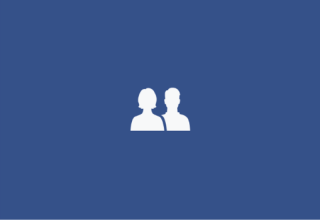 Good news, right? The Ms. Magazine blog certainly thought so; last Friday they covered the icon shift in a short piece entitled “We Heart: Facebook’s New Feminist Icon.” But is this new icon really feminist? I’m not so sure.

Whatever set of definitions you adhere to I’d wager that the common denominator in discerning whether a given action is feminist entails a combination of intent and consistent commitment. One cannot be a feminist some of the time, for example. Systemic inequity is pernicious and requires vigilant and sustained attention, right? So in the case of this Facebook icon, is it a feminist change if only women and women-identified Facebook users see the new updated image? I kinda don’t think so.

Feminist digital humanist Jaqueline Wernimont and her colleague @JenProf started wondering if in fact the new woman-in-front icon was visible for everyone. Guess what? It turns out it isn’t. The two put together a short and sweet survey called #WhosFirst that asks how people identify themselves to Facebook–ie. how do they gender identify when signing up– and asks what their friend-request icon looked like.

The results are telling. As of July 12th a full 33% of respondents see the old man-in-front icon.

So what does this mean? Technically speaking, the new “feminist Facebook icon” in fact appears to be both device dependant and gender dependent. In other words, the shift is not universal, nor is it universally visible. It matters if you are on your personal computer or device versus a public computer at, say, the library or a school. It also matters what kind of information you’ve given to Facebook. Take a look at what I see on my Facebook page; this is a screen shot from my personal computer taken today:

Here’s the thing: systemic inequities are sustained in part through pernicious repetition, which normalizes them. Inequity is difficult to remedy because it requires consistent and tireless vigilance. It requires being the feminist killjoy at the table who says ‘sure, that’s great, but…’ when a job is only partly accomplished. A survey such as #WhosFirst picks up where the image shift left off. By gathering data from participants the survey starts to add critical information that allows us to think more carefully about how gender inequity, not to mention heteronormativity, is represented and how it is reinforced. Further, building a survey, gathering data, and translating that data into a comprehensible, publicly ingestible narrative is hard work. It is feminist labour. Indeed, it is feminist labour that in this case is giving more critical depth to an action that has been uncritically lauded as feminist.

And that’s the thing, isn’t it? We can’t just hit ‘like’ and move on. That’s not how social justice works, not in embodied life; not on the internet. Instead, we need to remain vigilant. We need to ask the follow-up questions. We need to collaborate and help each other do the small and big jobs of unearthing and presenting the text and the context. And we need to keep issues of inequity at the forefront of our research as well as our social media chatter and our daily lived experiences. That’s the work of feminism. That’s living a feminist life.

You can participate in the survey here and engage in conversations on Twitter using the hashtag #WhosFirst.

One thought on “#WhosFirst, or; why data matters”